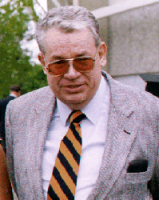 Brinch Hansen was one of the pioneers of concurrent programming and operating systems (kernels). In the 1960s, Brinch Hansen worked at the Danish computer company Regnecentralen, first in the compiler group headed by Peter Naur and Jørn Jensen, and, later, as the chief architect of the RC 4000 minicomputer and its renowned operating system kernel (RC 4000 Multiprogramming System). In 1972, he wrote the first comprehensive textbook on Operating System Principles.

Per Brinch Hansen has concentrated on simplicity. Only the essential, always ask why complications are tolerated. His book on Programming a Personal Computer, read by me in 1983, made a lasting deep impresssion on me.

Two citations from Per Brinch Hansen on simplicity and programming
– Writing is a rigorous test of simplicity: It is just not possible to write convincingly about ideas that cannot be understood.
– Programming is the art of writing essays in crystal clear prose and making them executable

Information on the work of Per Brinch Hansen:
– Solo and Concurrent/Sequential Pascal
– Edison system
– Joyce A programming language for networks
– SuperPascal
– Collected articles by Per Brinch Hansen http://brinch-hansen.net/.

Books in my library:

The Search for Simplicity. Essays on Parallel Programming. 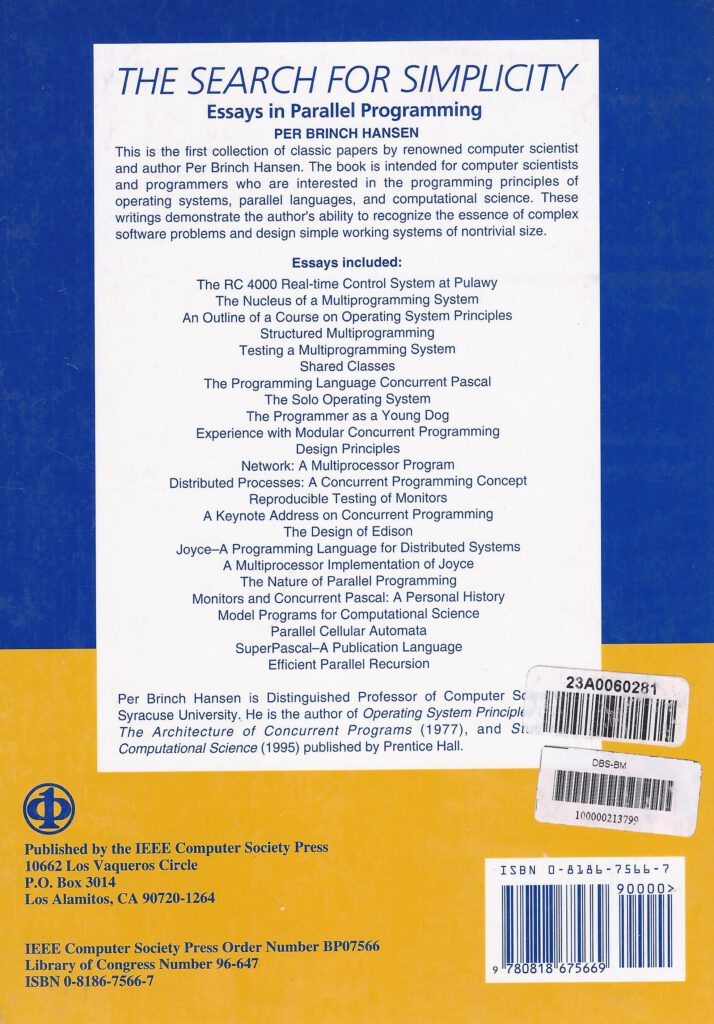