Terak is an early personal computer made by the Terak Corporation of Scottsdale, Arizona. It was sold from about 1979 until 1985.

One of the first models was the Terak 8510/a. It was based on the popular PDP-11/03 processor, a 16-bit CPU. The Terak 8510 could have as much as 128K of RAM with the PDP-11/23 option. For storage, it has big eight-inch floppy drives in IBM 3740 format, holding roughly 256K, 512K or 1 meg each. Hard disks of five to forty megs were available. The Terak featured both RS-232 and 20 milliamp current loop serial connections, so you could connect to the printers and teletypes of the time. The keyboard included a numeric keypad and arrow keys arranged in a vertical column.

The Terak was popular for teaching Pascal at UCSD.
The Terak was advertised as a “Graphic Computer System.” The monochrome display could show a mixture of text and graphics. The screen was divided into three sections (each 80 dots high) and each section could be independently set to either text, graphics, or both. Text was at 640 x 240 and memory-mapped graphics were at 320 x 240.

While compiling UCSD Pascal programs, the Terak adjusted the video display so that as the compile and link progressed, you could watch the compiler’s memory usage bit-for-bit, watching the stack move toward the heap.

Character fonts were user-defined. Each byte was mapped to its screen representation through a soft character generator. Its memory was mapped into the same space, hidden by a bit in the screen controller register. Users could design their own fonts. Games could use their own fonts. Text editors were developed for Russian and Hebrew. Teaching aids could show Japanese and Chinese.

The system included a twelve-inch composite video monitor. It even had programmable sound and a two-inch speaker. The main system box was robust metal, weighing about forty pounds.
Available operating systems included the UCSD P-System I.4 I.5 and II. 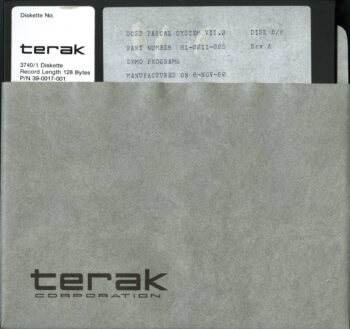 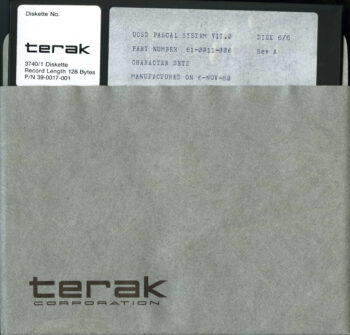 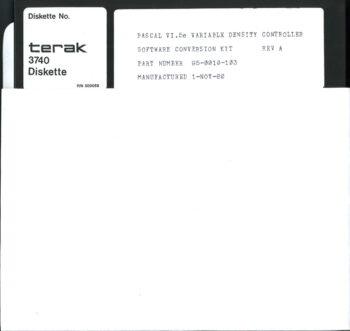 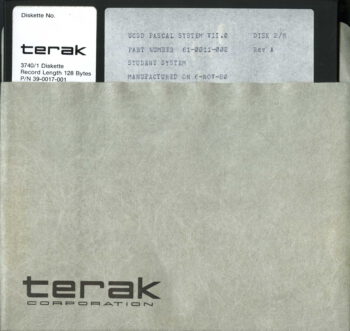 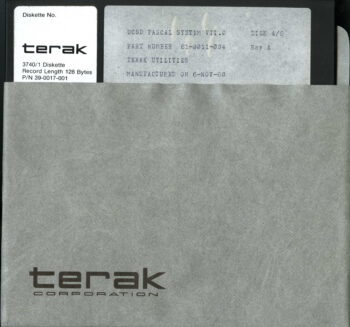