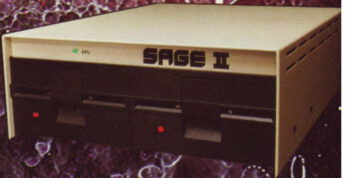 The Sage II computer was introduced by Sage Technology of Reno, Nevada in 1982. The quick synopsis of the machine is that it contains a 68000 running at 8 MHz and has 512 KB of DRAM. As is obvious from the picture, it has two integral 5.25″ floppies. It had no hard disk (that was left to the Sage IV). External connections included a serial port for communication with a terminal, a serial port for communication to a modem, a parallel port for connection to a printer, and an IEEE 488 port. 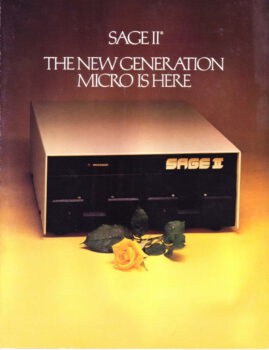 There were two versions of the Sage II. The earlier version had full height 5.25″ floppies; the later version had half height 5.25″ floppies and a corresponding reduction in the height of the box. Another way to distinguish the machines is that the first edition had under bars and over bars on the “II” of “Sage II”, while the second didn’t have them (see the picture above).

The p-System wasn’t a native compiler. The source program was compiled to an abstract stack machine using a pseudo machine language, called p-code. The “p” of “p-System” stands for pseudo. Like Java, the p-code programs were then interpreted by a native machine language program. Although this extra level of interpretation sapped performance, it also meant that the p-System could be (and was) brought up easily on a machine since most of the OS and utility software didn’t even need to be compiled — p-code was transportable across very different machines. 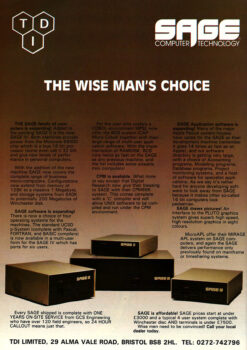 There were four versions of the p-code architecture, and the Sage used the final one, p-System IV. The original p-code architecture could address only 64 KB of RAM.
The IV edition was modified to allow up to 64 KB of p-code and 64 KB of data. As the Sage had 512 KB of DRAM, only 128 KB was used by the p-System, leaving 384 KB for running the p-code interpreted and, mostly, a RAM disk.

The SAGE IV was released in 1983.
TDI was a UK based distributor, that sold Sage computers branded TDI (see the documents section below for examples) 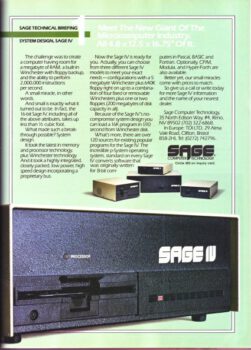 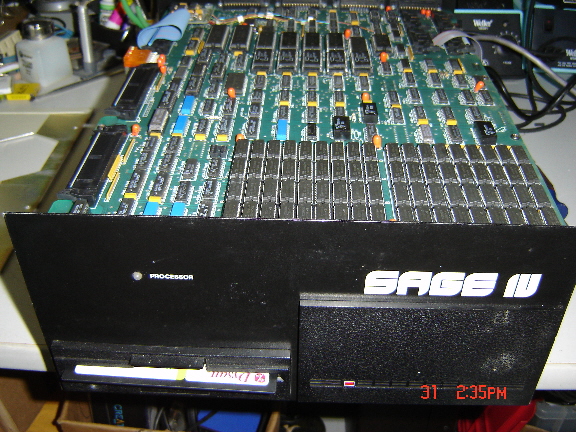