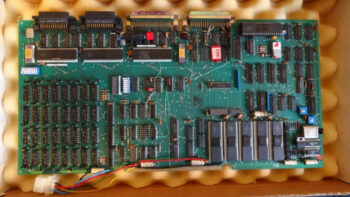 The Pascal MicroEngine was a series of microcomputer products manufactured by Western Digital from 1979 through the mid-1980s, designed specifically to run the UCSD p-System efficiently.[1] Compared to other microcomputers, which ran a machine language p-code interpreter, the Pascal Microengine had its interpreter implemented in microcode. So, p-code was, effectively, its native machine language.

The MicroEngine chipset was based on the MCP-1600 chipset, which formed the basis of the DEC LSI-11 low-end minicomputer and the WD16 processor used by Alpha Microsystems (each using different microcode).

In 1978, the WDC MICROENGINE was born. This was to be a 5 chip set (original documentation states 4, but it ended up being 5) that consisted of the CP2151 Data chip. the CP2161 Control chip, and 3 512 x 22 bit MICROMs which contained the microcode to directly execute UCSD Pascal on the data chip. The CP2151 was no different from the CP1611 of the MCP-1600 chipset and could be interchanged.

The difference was in the CP2161 control chip and of course the MICROMs. Though the CP2151 contained multiple registers, the Pascal implementation was a stack machine, it didn’t work as a register computer, but as a pure stack machine.. WD named the chipset the WD/9000 and created a separate company (MICROENGINE Corporation) to market it. 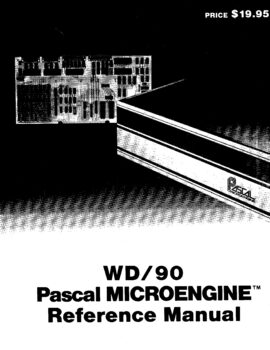 The WD/9000 chipset ran at 3.3MHz and was made on a NMOS process. It required a 4-phase clock and 4 voltage supplies (+/- 5V and +/- 12V). At the time there were plenty of single supply processors so this further complicated its marketing. (not to mention board design). It was available in either an ‘A’ (ceramic) or ‘B’ plastic package.

The initial product was the WD/900 single board computer based on the WD/9000 chipset, which could execute Pascal code 10 times faster than most other systems, when it worked. Unfortunately the board design and quality was terrible, leading to very unreliable hardware. Not something that inspires users who had just spent $2995 on the board, or $5000 for a complete WD/90 system. Eventually the quality problems were sorted out and the MICROENGINE went on to some success, though mostly as a development platform for Pascal. As Pascal versions changed, so did the MICROMs, a user could upgrade their Pascal support by replacing the MICROMs in their system. Since the implementation was structured well, not all upgrades required all 3 MICROMs to be replaced. 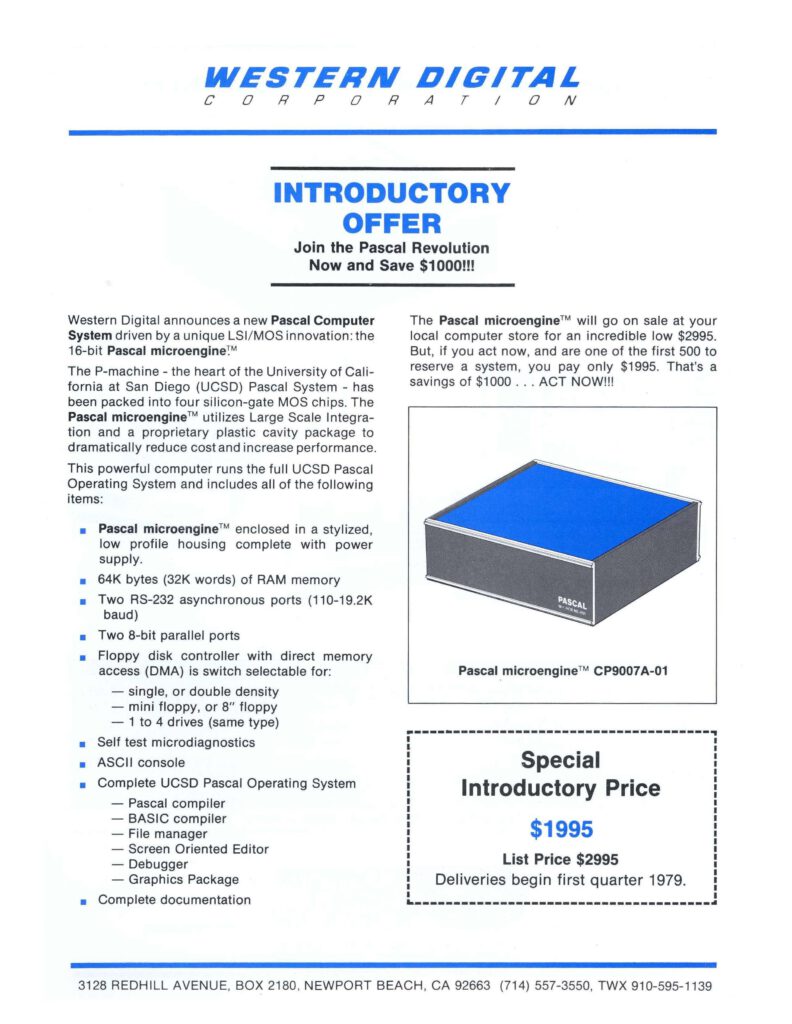 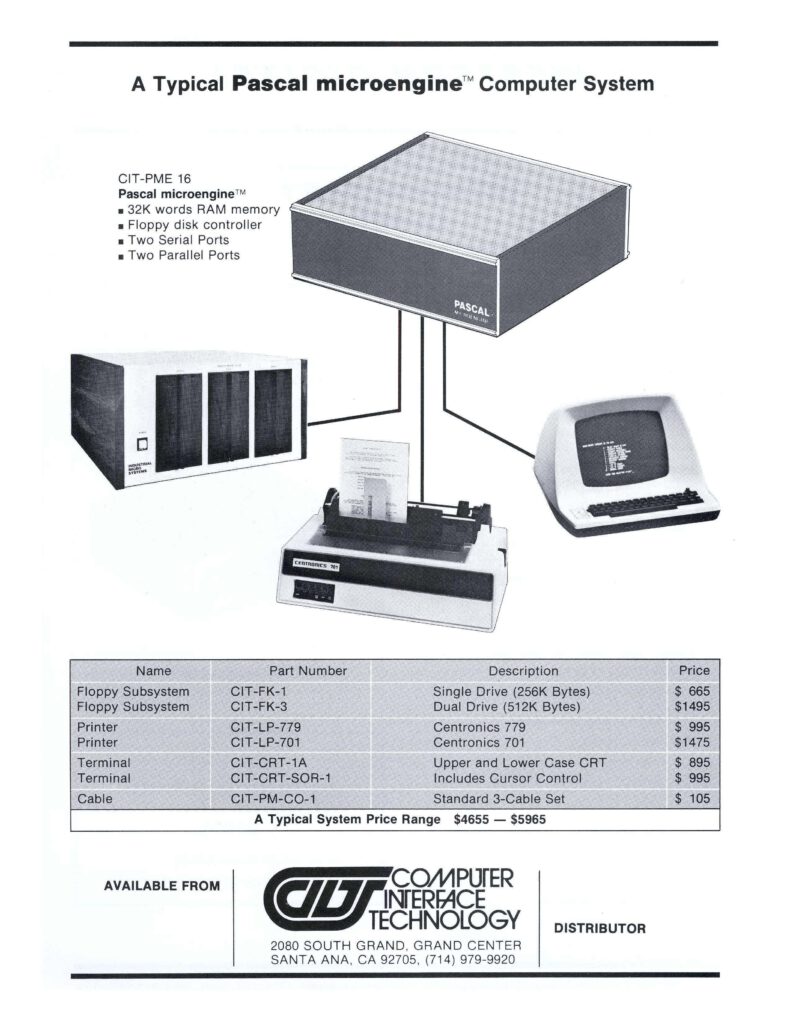