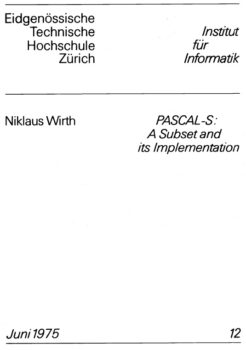 Pascal-S is a subset of Pascal selected for introductory programming courses. The implementation is especially designed to provide comprehensive and transparant error diagnostics and economical service for small jobs.
The system consists of a compiler and an interpreter and is defined as a single, self-contained Pascal program.
Pascal-S is written in Pascal, and forms an excellent introduction to the art of designing small compilers.

Ben-Ari built on Pascal-S in the first version of his “Principles of concurrent programming” and introduced concurrency, see the Pascal-S Copascal page.

It is a interesting to see how many CDC-Pascal specialities are built into this compiler/interpreter.

Wirth’s original paper is reprinted in Barrons book. Another version of Pascal-S appears in Snepscheut’s book and this uses symbolic names and contains a small peephole optimizer.
Publications where Pascal-S appeared in source format are: 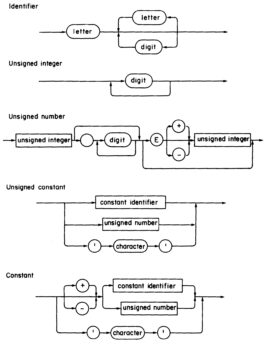 Some information on this page has been published by Scott Moore on the Standard Pascal pages and by Birger Nielsen (pages now lost).