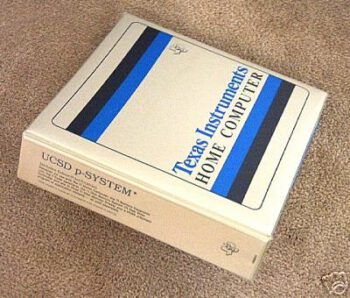 The Texas Instruments TI-99/4A is a home computer released in June 1981 in the United States. It is an enhanced version of the less successful TI-99/4 which was released in late 1979.[2] The TI-99/4 and TI-99/4A are the first 16-bit home computers, using the Texas Instruments TMS9900 16-bit CPU.[3] Both models include hardware support for sprites, using TI’s own chips, and multi-channel sound, making them some of the first home computers to include such custom coprocessors.
The TI-99/4A remained mostly the same as its predecessor, with the major changes being a full-travel keyboard to replace the calculator-style keys, an improved graphics chip with support for bitmap modes, and a cleaner method of adding expansion cards. The price was also half of the original model. Texas Instruments supported the 4A with a line of peripherals, including a speech synthesizer, and a “Peripheral Expansion System” box to contain hardware add-ons. And the UCSD p-System! 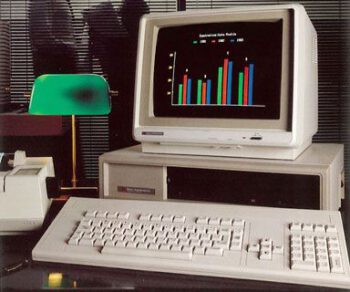 Other set of manuals