The original 1978 version of Pascal-M, a P2 descendent, has been restored. Original source, which can compile itself, is now available, as a cross compiler, an interpreter in Pascal with debugging facilities, a binary loader for the KIM-1 6502 interpreter and a disassembler for M-code. Together with the already available source of the KIM-1 V1 interpreter all parts of the 1978 compiler are now available in source and compiled/assembled format.

Though compiling itself is a very good test of the compiler, which showed many bugs from typing in and some original present bugs, not too much testing has been done.

I start working now on V1.5 of the cross compiler and leave this V1.0 version as ‘completed’ and ‘historical purposes’. 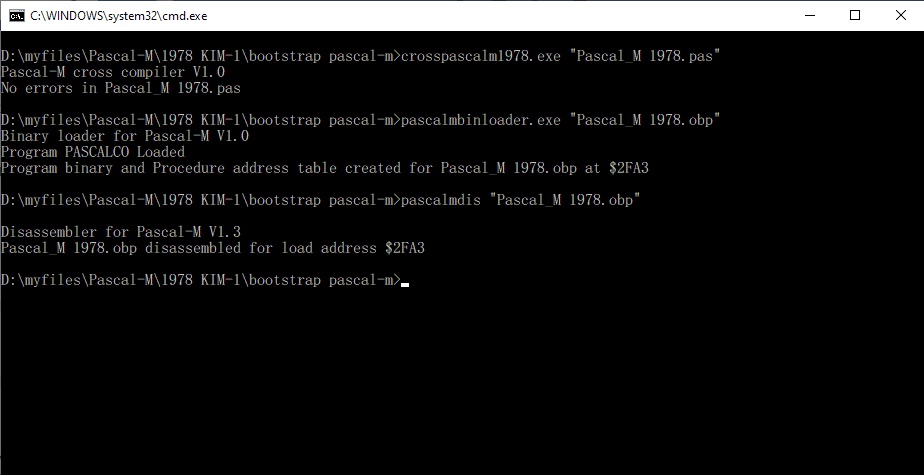